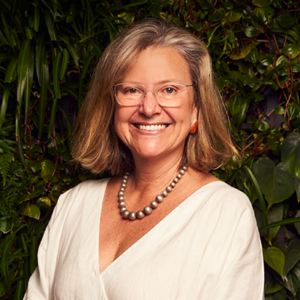 Mara lives on Queensland’s Gold Coast and comes to us from an esteemed executive career that has spanned the non-profit, science/research, finance and consulting sectors. Mara is co-founder of both The Salmon Project, a climate solutions tech scale-up advisory group, and The Conversation Brasil. She has been President and Chair of The Australian Conservation Foundation, CEO of Green Cross Australia, Director of Business Development at the CSIRO and Non-executive Director and Treasurer of Bush Heritage Australia.

She serves on the boards of Australian Impact Investments, Australian Ethical Investments and environmental chamber music ensemble, The Bowerbird Collective, who produced the best-selling album, ‘Songs of Disappearance’. Mara is committed to climate transition and digital transformation for social, environmental and economic benefits, and to fostering innovative climate solutions that value nature and social inclusion. 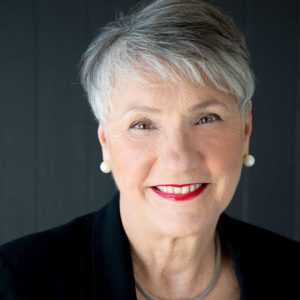 Catherine lives in Sydney and is Chairperson of Harris Farm Markets, which she co-founded with her husband, David. Catherine’s other roles have included Consul General for Bhutan, Deputy Chancellor UNSW, Commissioner for the National Rugby League, federal Director of the Affirmative Action Agency and Director of the St Margaret’s Public and Private Hospital.

She has previously served on boards including the Australian Ballet, Tyro Payments, the Museum of Contemporary Art and National Gallery of Australia. Catherine was appointed an Officer of the Order of Australia (AO) in 2006, awarded the Centenary Medal in 2001 and the Public Service Medal in 2000. She is passionate about equity and environmental issues and believes that taking action on climate change and the environment is not only vital for the earth, but for business as well. Her favourite roles to date are being grandmother to her ten grandchildren and a farmer in the Blue Mountains.

GreenCollar CEO, James Schultz, said, “Catherine and Mara are distinguished additions to our board and business – they are the perfect people to help our organisation meet the challenges of the future and the challenges presented by climate change.”

GreenCollar is very pleased to welcome two newly appointed board directors – Mara Bun and Catherine Harris AO PSM. Mara lives on Queensland’s Gold Coast and comes to us from an...
14 Dec 2021

Profit with Purpose: driving change through the market

At GreenCollar, being a ‘Profit for Purpose’ business means more than maintaining a coexistence between our environmental impact and our bottom line. For us, business strategy is entirely inextricable from...
13 Jun 2021

GreenCollar launches a new Plastic Credits program in the wake of the global plastic crisis.
24 May 2021

GreenCollar acquires innovative environmental start-up Go Neutral $90: that’s the amount it costs to offset the average annual CO2 emissions of a car in Australia. And with GreenCollar recently acquiring...
13 Oct 2017

GreenCollar is a finalist in the 2017 Banksia Sustainability Awards

GreenCollar is excited to announce it has reached finalist status in the 2017 Banksia Sustainability Awards in the Natural Capital category. This achievement recognises GreenCollar’s leadership and excellence in valuing,...
09 Oct 2017